Education as a Vaccine in partnership with Pathfinder International organized a road walk in Abuja on the 25th of September to commemorate the Global Female Condom Day. 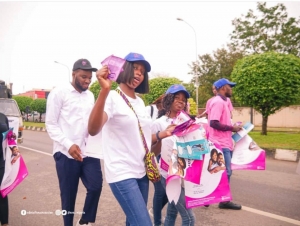 With over a thousand eyes curiously watching, more than 80 young people matched the streets of Abuja advocating the use of female condoms and other contraceptives, a topic many shy away from in our society.

The 85 participants convened at the old parade ground area 10, a strategic meet-up point to warm up and also engage random people with information on FC2. During the walk information materials on FC2 were distributed to commuters and other road users. 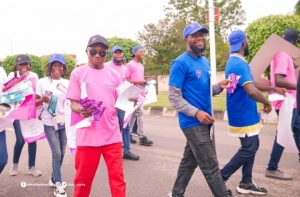 We made three (3) different stops at Area 2 Shopping Centre, Murg Plaza, and UTC where the program officer gave a brief on FC2 with a demonstration on how it should be used. Information was passed in English, Pidgin, and Hausa to break the language barrier.

Interviews granted to us by some pharmacists and storekeepers proved that the female condom was not in stock due to little or no demand. Some of these people also confessed not to know the female condom.
Some of them bought the idea after we shared it with them and promised to make the condoms available in their stores.

Young people between the ages of 19 and above granted interviews where we got a lopsided ratio, some said they had seen and heard about the condom but never used it and a majority had neither seen nor used it. While others had false information or biases about the female condom. 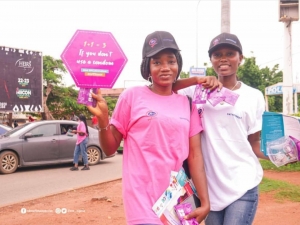 The essence of the walk to create awareness, availability, increased access, and knowledge on the use of female condoms was achieved.
We were able to convey accurate information about the female condom, attempted a debunk of the myths, and also made some packs of FC2 available to women, adolescent girls, and some men. 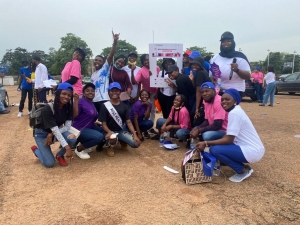 The female condom like the male condom protects against STIs and unplanned pregnancies. The female condom also gives girls the power to make decisions and control their sexual and reproductive health. With the Female Condom, adolescent girls and women can negotiate safer sex and reduce the rate of HIV-positive cases.