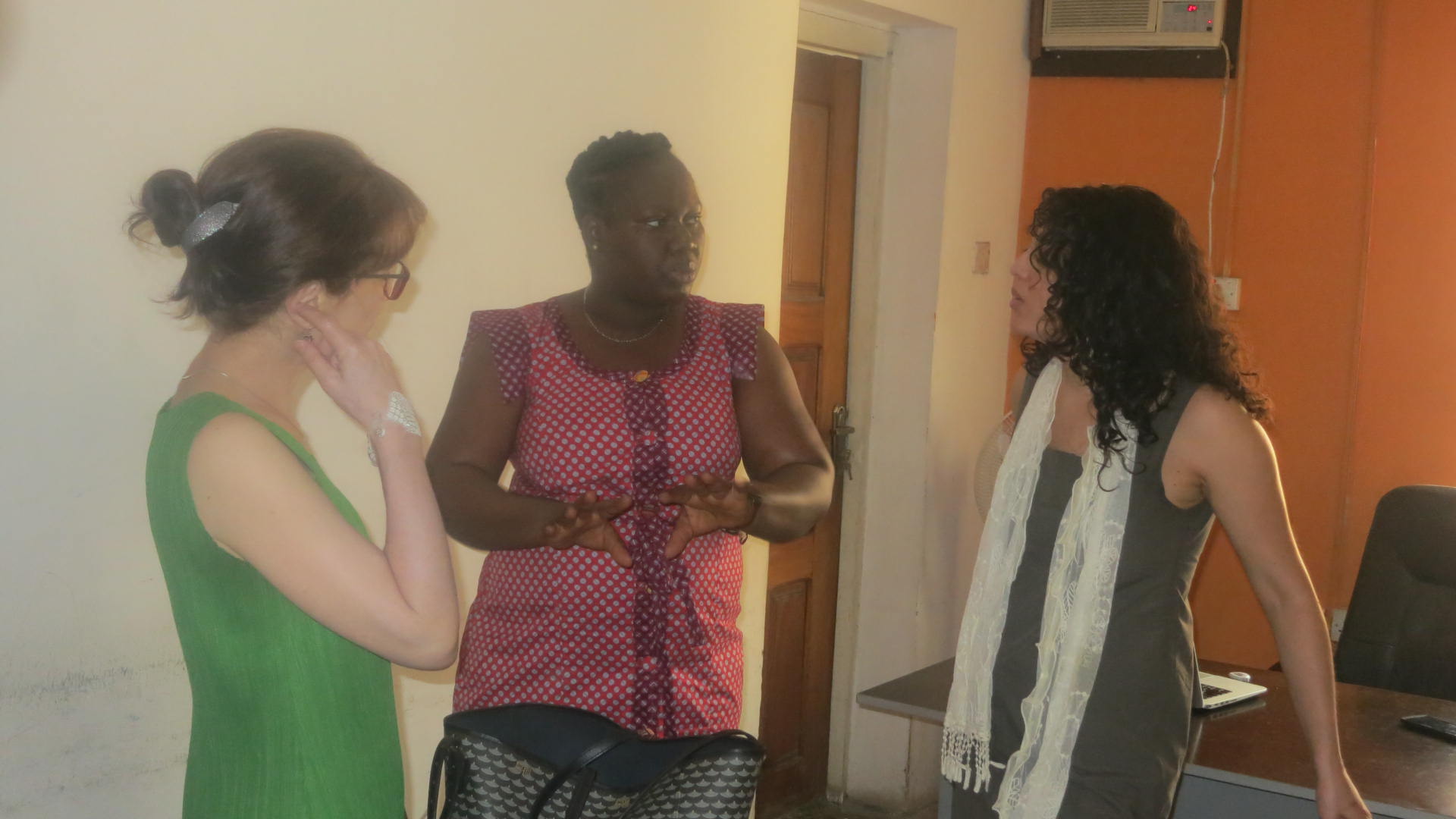 On February 16, Education as a Vaccine (EVA), received in person, Francois Girard and Erin Lynn Williams, President and Program Officer and Communication Person of the International Women Health Coalition (IWHC), an organization based in New York, U.S.A.,

Mrs Fadekemi Akinfaderin-Agarau, Executive Director of EVA, was on hand to receive the guests, walked them through different departments in the organization and had an interactive session with the guests which also include Izundu Kosichukwu, Program Officer of EVA Youth Advocacy Team.   Issues surrounding the National Health Bill, adolescents and young people’s sexual reproductive health, and opportunities for young people in the National Health Bill tops agenda of the session.

Usman Danladi, a serving youth corps member joined the YAG team in June 2015.  He was introduced to EVA by a friend, Tonilola Amosun, who is also an advocate with EVA. He says, “Ever since I joined EVA, I have been active in many of the government policies speaking to adolescents and young people EVA has contributed to and I have equally learnt a lot.”

Jemila Haruna again says “Girls are often ignored when it comes to the issues of sexual health. This should be discouraged as we must be allowed to participate in discussing what affects us most.”

Kayode Osundara, also a serving youth corps member submitted that young people know little or nothing about contraceptives. His words: “It is so bad that female’s knowledge on contraceptives is very low. Adolescents and young people are not allowed to take decisions and priority is given to men while woman are mostly ignored due to the parochial setting of the society.”