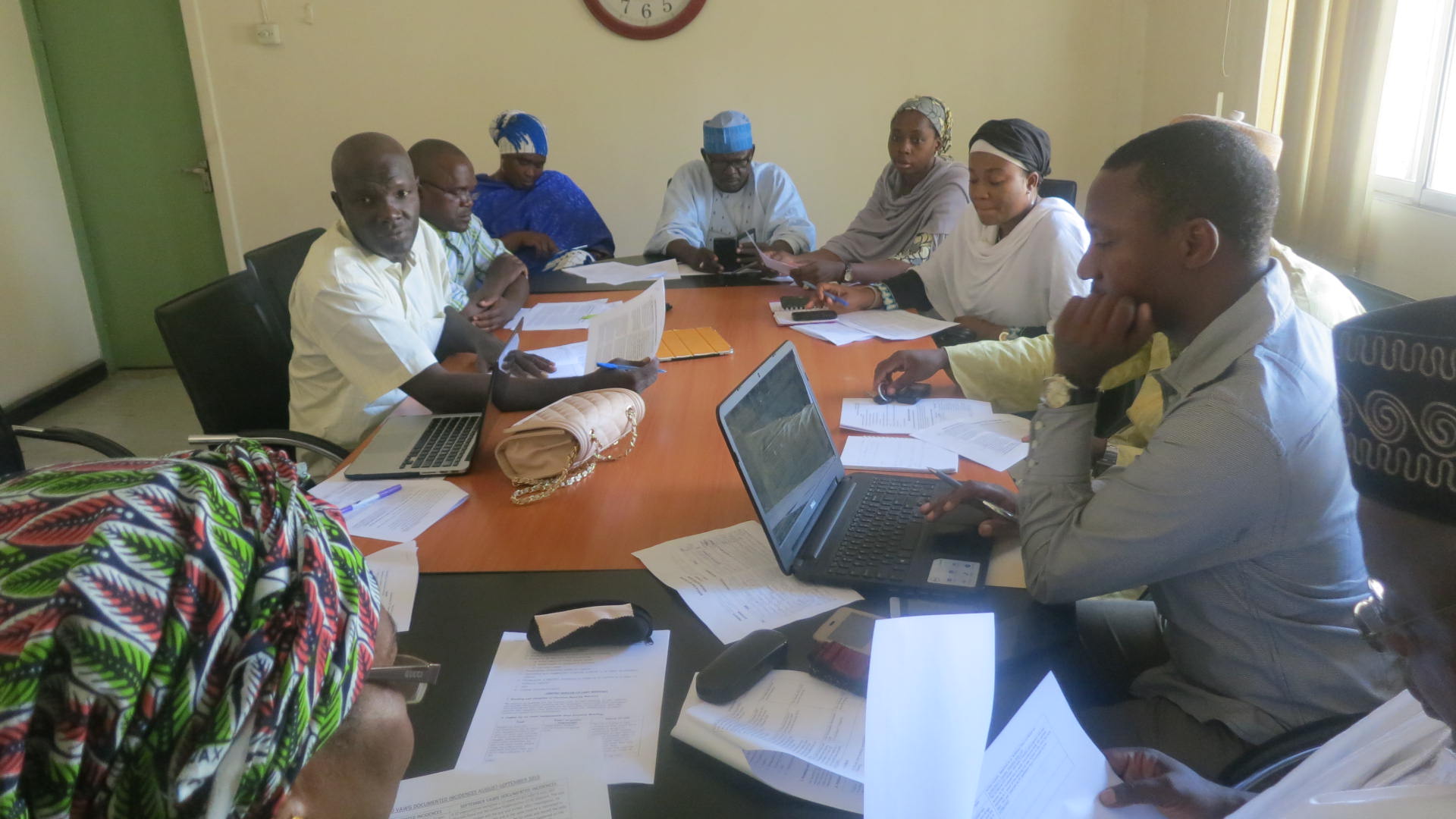 In May 2014, Education as a Vaccine (EVA), in collaboration with Funds for Peace (FFP), was selected by the Nigeria Stability and Reconciliation Programme (NSRP), to set up an online observatory to document, validate and address incidences of violence and abuse against women and girls in Northern Nigeria. Kano and Kaduna were the pilots for this project.

EVA and NSRP established the Observatory Steering Committee (OBSTEC) in both states, which is made up of lawyers, health providers, law enforcement agencies, CSOs, religious and community leaders, and government ministries, department and agencies to take action in response to the data provided.

Mrs. Huwaila Mohammed Ibrahim, a lawyer and the Chairperson of OBSTEC in Kano, affirmed that rape cases are highly reported to the observatory.

“I can proudly say that perpetuators of almost all the cases we have been prosecuting have been convicted and I am very happy with what we are doing.”

“The Observatory has more than 50 success stories. Seeing what we have achieved, I feel very happy and glad to associate myself with this work.”

Thanks to the work of the OBSTECs, sexual abusers who have previously gone unpunished are now facing the justice system and survivors are receiving support to heal and move past their traumatic experiences. The following are two examples of these many success stories.

THE STORY OF AMIRA

The OBSTEC has worked with survivors of sexual assault, young and old. Amira (not real name), a 13 year-old student from the Tarauni Local Government Area in Kano State, is one such survivor. She lives with her 85 year-old grandmother as she lost her mother at the age of three and her father works away in Jigawa State.

Despite Amira’s difficult situation, she still manages to attend school. Unfortunately, her experiences have not all been academic. Taking advantage of Amira’s precarious financial state, a security guard at the neighbouring boys’ school sexually assaulted her in exchange for N50 to N100 (roughly $0.25 to $0.50 USD).

Amira later invited three friends to also meet with the guard. Worried for her safety the friends declined the invitation. Instead they reported Amira’s situation to the school authorities but no action was taken. Fortunately, a teacher reported the inaction to the OBSTEC.

The OBSTEC delegated Mrs Hauwa Maigaji Abdulahi, the Programme Manager of Society for Women Development and Empowerment of Nigeria (SWODEN) – a member organization of OBSTEC – to visit Amira’s school and meet with the principal. The principal dismissed the school’s involvement stating that the assaults took place after school hours and so were the concern of Amira’s family.

A teacher helped the OBSTEC delegate to locate Amira’s house and Amira confirmed both her assault and the assault of three other friends by the same security guard and several of his colleagues. Further, OBSTEC investigations revealed that the security guards were routinely targeting financially vulnerable girls in the community.

The OBSTEC Amira, the other girls, and their families to access HIV testing. Most results were negative, and those tested now receive trauma counselling from SWODEN and the International Federation of Women Lawyers (FIDA), a youth friendly centre and member organization of OBSTEC. Amira, however, tested positive.

Thankfully, with the effective access to care, HIV/AIDS no longer has to be a death sentence. Amira, is on the right path to manage her new reality. She receives physical and psychological support with regular medical care, counselling and guidance services.

Such experiences are not out of the ordinary. What makes this story different is that a teacher reported the incidences and the OBSTEC was able to successfully intervene. Thanks to the OBSTEC investigations; the security guards have been arrested. The OBSTEC is following up on the cases to ensure justice is served and that, repetition of such violence in the community is curbed.

In addition, several staff members at Amira’s school and the neighboring boys school have been suspended by the Kano State Ministry of Education for negligence and recklessness.

HAFSAT’S STORY
In Kano State, a farmer and philanthropist had been repeatedly apprehended by a neighbourhood watch group and accused of pedophilia and serial rape. Despite the significant number of accusations against the farmer-philanthropist, the police had continued to let him out on bail, facilitating continued assaults on girls in the community.

Frustrated, the neighbourhood watch group decided to involve the  OBSTEC.

Not long after the decision was made, the farmer-philanthropist attempted to sexually assault Hafsat (not real name), a 14 year old girl who sells goods in the community to support her family’s income, but the group intervened before an assault took place. Ordinarily, the group would have taken the accused directly to the Divisional Police Station. This time they called the OBSTEC to observe the process and ensure the police took appropriate legal action.

The OBSTEC worked with one of its member organizations, the Kano State Police Command, to ensure that the farmer-philanthropist was properly charged to court the following day and also ensured that Hafsat’s identity was not exposed to protect her from further trauma due to media and community attention.

At Magistrate Court 12, Sabon-Gari, where the case was heard in September 2015, the farmer-philanthropist was ordered to be remanded in police custody. At the time of publishing it was confirmed that the accused was still in police custody and awaiting trial.

The increasing apprehension and trial of perpetuators has demonstrated the success of the OBSTEC pilots and has helped girls and women to develop a positive relationship with their body, recognize their right to exercise ownership over it and build self-confidence.

The continuous work of OBSTEC will further empower women and girls whose sexual rights has been violated and will discourage prospective perpetrators from continued abuse.