Gender equality is not only a fundamental human right but a necessary foundation for a peaceful and sustainable world. Women and girls bear the cost of existing socio-cultural practices that uphold systemic gender discrimination by oppressing and marginalizing women.

Gender and social norms have placed girls at a great disadvantage with limited or no access to education, sexual and reproductive health information, and services among others. The situation is worse for girls with disabilities, girls in marginalized communities, girls living in rural areas and informal settlements, teenage mothers, and girls out of school. To address these inequalities, many global and national interventions targeting women and girls as beneficiaries to empower them economically, while this is great, it is important to recognize women and girls’ agency and power to contribute meaningfully at decision-making levels. 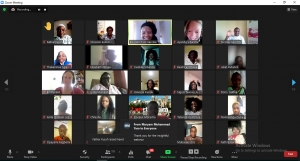 With support from the International Women’s Health Coalition (IWHC), the African Young Women’s Leadership and Alliance (AYWLAA) implemented a project “Strengthening the African Response to Gender Equality aimed at strengthening the capacity and amplifying the voices of young African women to champion, engage and advocate for bodily autonomy, economic justice and the protection of the rights of women and girls’ rights before, during and after the Generation Equality Forum in Paris.

Through a series of online campaigns (Zoom Webinars, IG Live, Twitter Chats) targeted at young feminists and stakeholders, we created awareness on the Generation Equality Forum and built the capacity of young women to engage in high-level conversations on Gender Equality, Bodily Autonomy, and Feminist Leadership. Our three-webinar series; held on the 17th and 24th June, 1st July 2021 reached over 300 young women across 8 countries (UK, Nigeria, Uganda, Kenya, Zambia, Tanzania, Togo, and Zimbabwe). We also had a French version of the webinar led by our partners Cercle D’aide Femme-Enfant (C.A.F.E) in Togo.

Doreen Morraa from Kenya, and Tawakalit Kareem from Nigeria chaired discussions on the Generation Equality Forum; the global framework to accelerate gender equality and mark the 25th anniversary of the Beijing Declaration and Platform for Action during the first webinar. The second one on the topic; An All-Inclusive Movement fostered conversations around women’s rights with a focus on diversity, innovation for gender equality and Women, HIV, and Inequalities. The key speakers: Fatima Derby from Ghana, Omolara Oriye and Iwatutu Joyce from Nigeria charged the young women to collaborate and work innovatively to advocate for gender equality.

‘No woman is more woman than another, our freedom is interlinked and so we must stand, together”

The finale webinar addressed Feminist Leadership and Bodily Autonomy with presentations by Kavinya Makau from Kenya, Chantal Umuhoza from Rwanda, and Subha Wijesiriwardena.

During the Generation Equality Forum, Sarbyen Sheni, EVA’s Program Officer and Coordinator of AYWLAA made a presentation on Gender Equality, Young People and HIV to address the intersect between gender inequalities and issues adolescent girls and young women living with HIV face amidst the Covid19 pandemic.

The generation equality forum celebrated gains made and sparked new and reinforced commitments from Governments and world leaders towards achieving gender equality and protecting women and girls from all forms of violence and inequalities. The promise to achieve gender equality for all women and girls stands and falls with empowering and guaranteeing the right of those who have been pushed to the margins by decades of structural discrimination based on gender, class, age, and ethnicity among others.

More importantly, Government and private sector have a critical role to play in achieving a gender-equal world; by leveraging data and evidence, making concrete commitments, turning words into action, increasing domestic funding, and embracing accountability, we can drive real and meaningful system change. 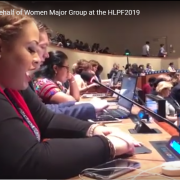 Video: EVA's Intervention on Behalf of Women Major Group at the HLPF2019 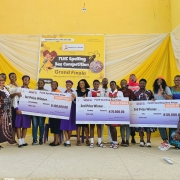 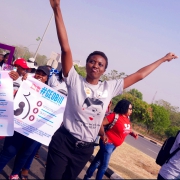 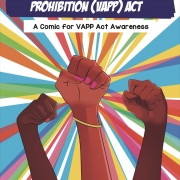