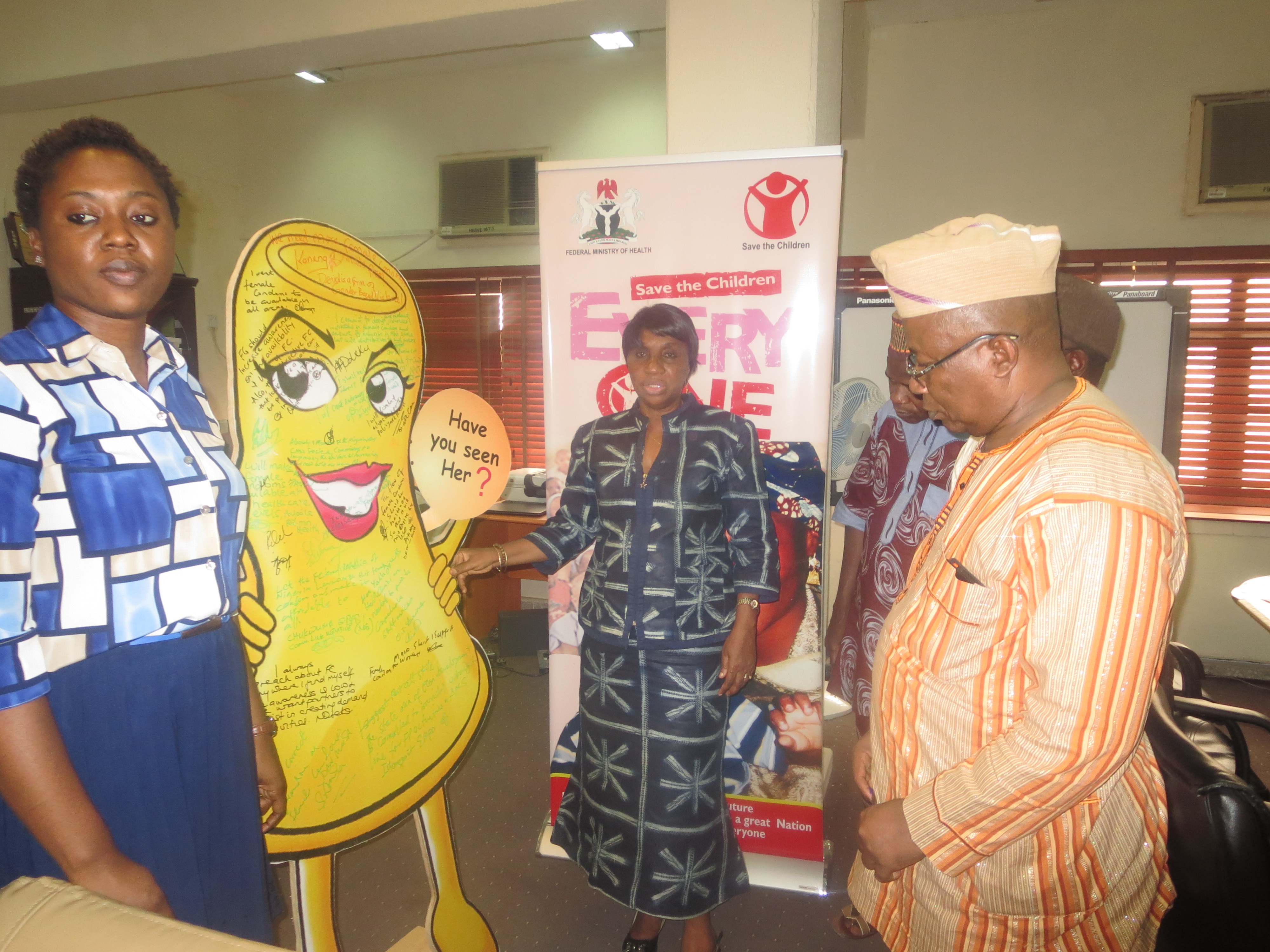 On February 25, the female condom advocates of Education as a Vaccine paid a courtesy call on the Federal Ministry of Health to present life size female condom and signed Zawadi SmartLove petitions from various communities to the Director of Family Health, Dr Balami Wapada.

In an opening remarks by Dr A. R Adeniran, who received the advocates on behalf of Dr Wapada, she indicates strongly that the Ministry has since been collaborating with EVA on issues relating to adolescents and young people.

In her words, “The Ministry have been collaborating very well and have a strong partnership with EVA. We are happy you are here to discuss further on how we move the agenda forward as it relates to the issues of adolescents and youth. The issue of girl child is a very important one; it is so critical and their voice too should be recognize politically on the political perform. They are a special constituency that we need to concentrate on for future development in the West African sub region.”

Dr Adeniran stated further that the population of West Africa sub region is about 335 million and one third of it is adolescent and youth. This, according to her should be dividends of democracy and shouldn’t be dividends of disaster and whatever the Ministry has with the youth and the adolescent must be utilized in various ways.

Kosichukwu Izundu, Program Officer, Avocacy, Programs and Policy, while speaking on EVA’s mission to the ministry said “We are here to present the life size female condom and signed Zawadi Smart Love petitions to the ministry as a constant reminder of their commitment to advance female condom programming in Nigeria.” She reiterated that the advocacy arm of EVA is interested in building the capacity of young people to be able to influence policies, and be able to work as advocates on these policies.

“One of our projects we have been jointly implementing with Association for Family and Reproductive Health (AFRH), is the Female Condom Advocacy Project which takes the youth perspective on female condom. We have been implementing this since 2013, and have held series of meetings with Dr Balami Wapada.

Celebrating the Global Female Condom day in September 2015, EVA female condom advocates were at the Ministry of Health for a flash mob exercise after which we had a very robust discussion with Dr Balami, where we disseminated our position paper and road map on female condom,” Kosi mentioned.

Other series of activities done by EVA female condom advocates includes the community outreach with support from UNFPA Nigeria; signing of the Zawadi Smart Love petition, sensitization visit to University of Abuja, Nasarawa State University, College of Education in Zuba, Abuja, and four other communities in Kaduna. The female condom project also trained youth advocates in Abuja and Kaduna. The project was able to reach more than 500 adolescents and young people in Abuja, Kaduna and Nasarawa State.