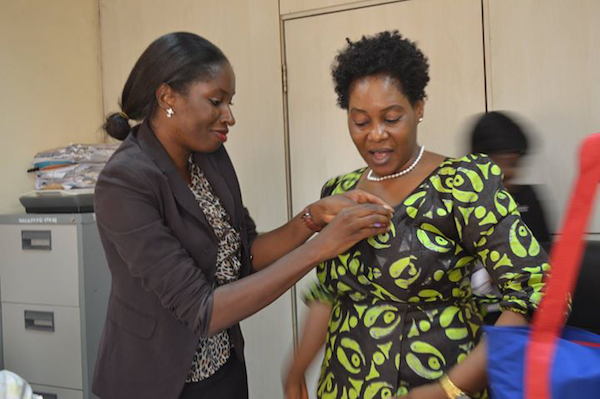 An advocacy visit was paid to the National Agency for the Control of Aids (NACA) on the 10th of March, 2015 by EVA alongside other FCC partners which included Association for Reproductive and Family Health (ARFH), Society for Family Health (SFH) and Civil society for Family Planning in Nigeria (CiSFPN) in commemoration of the International women’s day,2015 . The purpose of the visit was to follow-up on the issues that were raised in the previous meeting concerning female condoms as well as provide recent updates and how more awareness can be created to enhance demand.

Updates on female condom advocacy, availability, variety, demand, research, messaging, social marketing and product development/improvements were extensively discussed by the FC Advocacy team. Samples of varieties of FCs were displayed and demonstrated to the officials. Also, publications on FCs including research findings, advocacy briefs, FC policy summary, product information and publications were distributed to the NACA staff alongside the advocacy pack.

The advocacy team was able to get NACA to commit to increasing collaboration with FC partners on female condom programming including the area of training NACA field officers on FCs, integrating FC promotional activities into some of their HIV outreach activities e.t.c. The NACA officials agreed to serve as focal persons in their organization to which the FC advocacy team can send regular updates and invites to FC advocacy meetings.