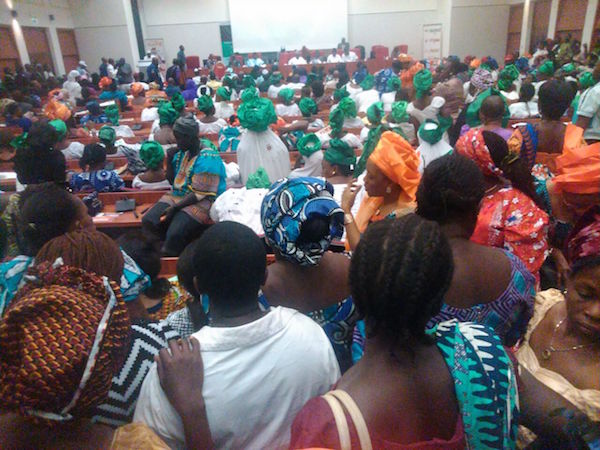 The VAPP bill which has been pushed for about thirteen years finally came to a public hearing on the 2nd of March 2015 at the National Assembly, Abuja. Both the federal government and Senate pressed for the quick passage of Violence against Persons (Prohibition) Bill (VAPP) with a view to checkmating the menace in the society.

Education as a vaccine is an ardent advocate for the prohibition of violence against persons especially women and girls. With an observatory in Kano and Kaduna, the awareness level for the PARV project keeps appreciating. Women and girls  who are survivors of violence, even in the most vulnerable situations are getting referrals and support that give them a new lease of life, putting smiles on their faces and hope in their hearts.

At the VAPP public hearing, the federal government represented by the Minister for Women Affairs and Youth Development, Hajia Zainab Maina and Senate President David Mark, tasked different committees of the National Assembly working on the bills to expedite action in order to curtail the menace.

The public hearing was organized by Joint Senate Committee on Judiciary, Human Rights and Legal Matters and Drugs, Narcotics and Financial Crimes.