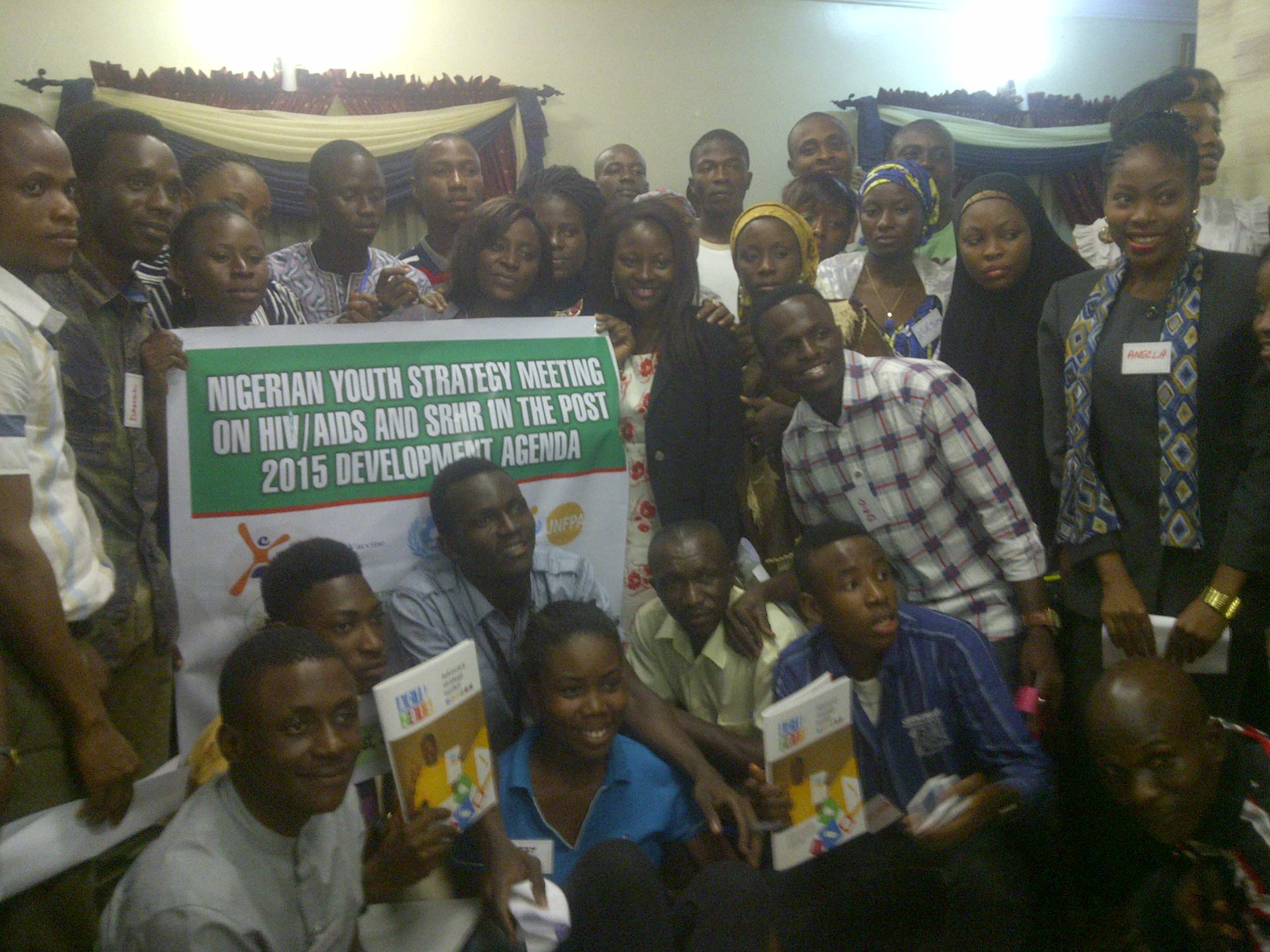 The Executive Director of EVA Nigeria, Mrs Fadekemi Akinfaderin-Agarau, met with the Executive Director of United Nations AIDS (UNAIDS), Mr Michel Sidibe, as part of activities scheduled for his 2016 country visit to Nigeria. The meeting was an interactive session for Civil Society Organizations (CSO and Development Partners (DPs).

The focus of the meeting was to discuss the 2016-2021 UNAIDS Strategy; UN High Level Meeting and expectations from DPs and CSOs as well as advocacy for mobilizing national resources for the HIV and AIDS national response.

Mr. Sidibe, stated as part of his remarks that over 15 million people living with HIV are now on treatment globally and it is key to tailor our HIV response to ensure efficiency and maximize result. The UNAIDS boss also noted that it is unacceptable that HIV prevention and treatment in Nigeria is 90% funded by external partners and only 2% of HIV medicines are produced in Africa – a continent that has majority of HIV burden.

In response to his remarks, our Executive Director brought to the attention the issues of adolescents and young people. In her words, “Thank you Mr. Sidibe for the remarks. One thing that I noticed was missing is the issues of adolescents. Global data is showing that while HIV related deaths are decreasing globally, rates amongst adolescents, especially adolescents girls is increasing. This is one of EVA key constituent and is a growing concern, as Nigeria is giving enough adolescents in its HIV response. It is only UNICEF that is pushing this agenda but we need to push to make sure that they are not left behind”.

She also raised the issue of accountability and the newly adopted Sustainable Development Goals (SDGs). “EVA would like to thank the Executive Director for the continued support for adolescent and young people’s participation in the SDG process. We would like see more resources to support building the capacities of adolescents and young people to hold their governments accountable for health and gender equality commitments in the SDGs. We know UNAIDS has already started this with the ACT2015 project but we want to see more done, given the dwindling resources and need for domestic financing of the development agenda.

Mr. Sidibe responded to all the comments and contributions from CSOs and the DPs. He ended by saying -“It’s in our best interest to end the AIDS epidemic, because a loss of one life is too much. The next five years is a window of opportunity to accelerate HIV response. We don’t want a rebound of the epidemic.”