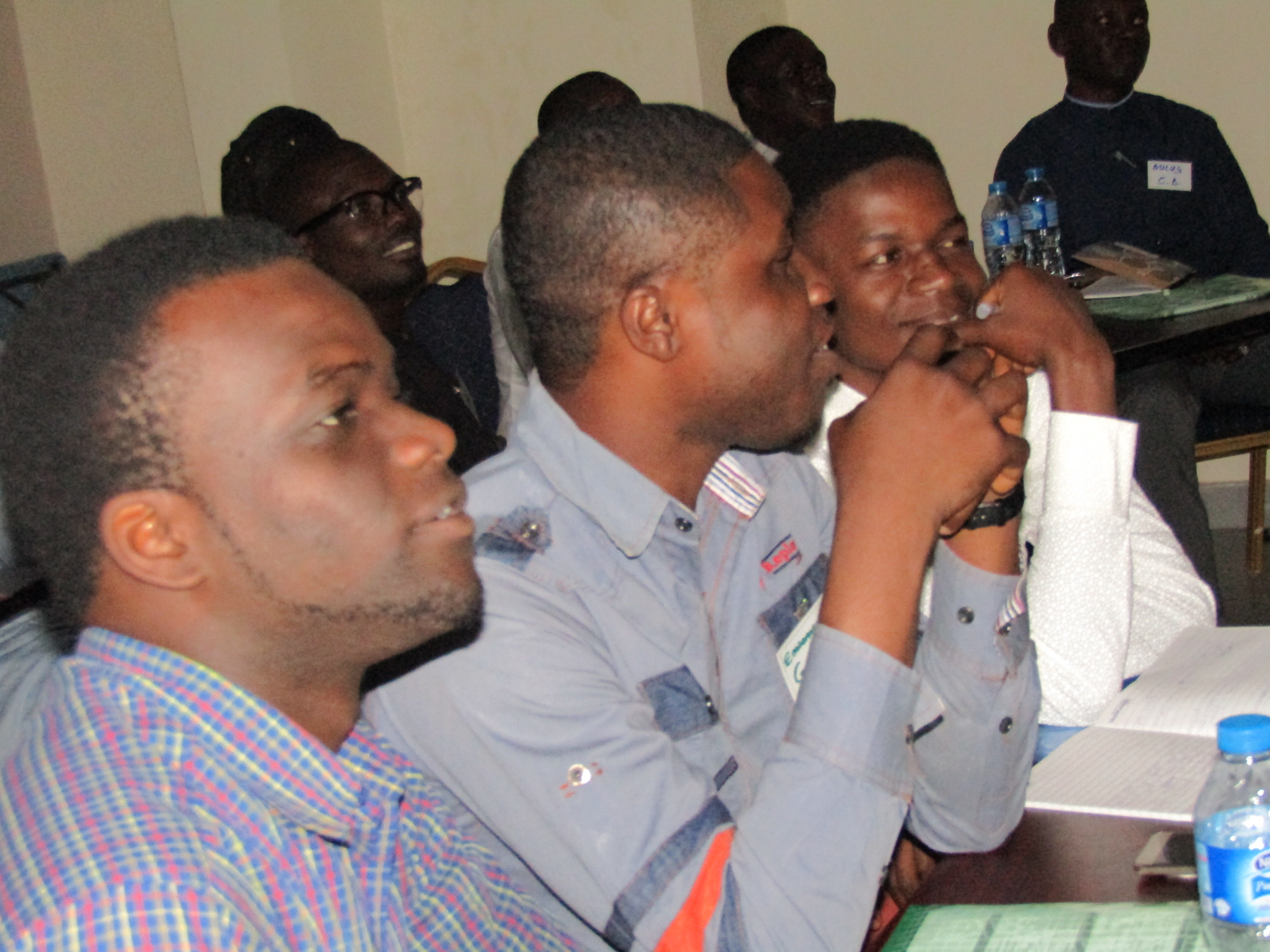 Young people’s issues have become a prime concern in Nigeria and have been identified as necessities in the Post 2015 agenda. This is because they are considered as key drivers of change as they take the forefront to push their issues decisively and advocate to, as well as hold high level governments accountable specifically regarding their Sexual and Reproductive Health and Rights and access to Sexual Reproductive Health services.

50 young people from across 12 states of the country participated in a 4 day data reporters training that held between 30th October and 2nd November, 2017 in continuation of EVA’s ACT!2030 Project in order to design a comprehensive adolescent and young people led data collection plan and provide evidence on the status of sustainable developments goals in Nigeria.

Working in collaboration with National Bureau of Statistics, the training also aimed at creating motivation for and ownership of the data collection by adolescent and young people; strengthening capacity for the collection, analysis and use of data for tracking implementation of the SDGs; and improving the relationship and linkage between the National Bureau of Statistics, Ministries of Health, Education and Youth at all levels, including the adolescents and young people for the implementation of the SDGs.

ACT!2030 is a global movement of young people advocating for the rights to sexual and reproductive health and services of young people by using evidence based data to show governments the realities that young people face, advocate for better policies, and hold them accountable on their promises to the citizens.

Itoro Ekanem is the ACT!2030 Project Officer, according to him, “For the actualization of Sustainable Development Goals, young people have determining roles to play. The data collected will be used to develop advocacy tools and messages to hold government accountable for their actions and inactions”.

In his presentation, “Youth and Research”, Team Lead Advocacy and Policy Influencing, Patrick Enwerem explained that one of the problems faced by the country is limited data. To raise a prevailing measure over this challenge, he stated the need to involve young people in data collection processes in order to have information that reflects the reality of youth in Nigeria.

According to him, “young people, being drivers of change have an important role to play in ensuring that the sexual and reproductive health and rights of individuals are protected”. He noted that young people should not only be seen as targets, but also as collaborators and implementers of the SDGs.

The Agenda 2030 is a transformative step taken to position the world onto a sustainable and resilient pedestal about issues around good health and well-being, quality education and gender equality. Monitoring the progress requires data driven by fact.
“Quality statistics helps us to decide, develop and monitor effectively, the SDGs. Sound data represent the key weapon in the battle against developmental issues”, Samuel Adakole, A representative of the NBS said.
He said that statistics is a powerful tool used for planning, administration, monitoring and evaluation, governance/accountability, public debate and in making informed choices. According to him, “statistics is the backbone of the economy”.

The lived realities of young people are invisible as issues that are cardinal to their lives are decided without their inputs. Strengthening the capacity of young advocates to participate on matters that pilot change, change action and build movements for actualising their rights are some of the outcomes Education as a Vaccine wants to see.
The meaningful engagement of young people in accountability mechanism is important to ensure that their needs and rights are addressed and realized respectively. Michael Sunkanmi is a youth data reporter from Oyo state, according to him, EVA has surpassed imagination by engaging young individuals to champion issues that affect their lives.

“I have been availed the opportunity to understand issues as it affects the lives of young people and how best to tackle them through data gathering and using it for advocacy and holding government accountable”, he said.
“The training broadened my horizon on social accountability and how it relates to sustainable development goals, specifically on goals 3, 4, and 5 in actualizing youth mainstreaming in sexual and reproductive health, gender equality and education”, a youth data reporter from Jigawa, Salisu Muhammed.

“We have not gone far because we had no evidence and we want to start a conversation based on this evidence to hold governments at all levels accountable.

We need key data that are specific to the issues and challenges of adolescents and young people. Olabukunola Williams, E.D, EVA said while addressing the participants.

ACT!2030 project is currently at its 4th phase which focuses on tracking progress towards meeting the 2030 deadline through a youth-led data-driven accountability to provide evidence based data for advocacy that will ensure youth engagement in the implementation of the SDGs. This will include monitoring the indicators process and seeing that adolescents and young people’s issues are fully captured and measured in the indicators.

As part of the training, the youth data collectors were taken to selected secondary schools and health care facilities in Abuja where they were made to get familiarized with the data collection tools and the processes involved. The field work also provided them the opportunity to address any challenge that could surface during the data gathering.
After the training, the Data Reporters will embark on the task of collecting data based on health, education and gender equality as it relates to adolescent and young people in their various states with the data gathered being used to further sharpen advocacy for increased commitment to the implementation of the SDGs at national and sub-national levels with specific focus on adolescent and young people.

ACT!2030 is a collaborative project funded by IPPF, UNAIDS and The PACT and is being implemented by national alliances of youth led organizations in 12 countries.